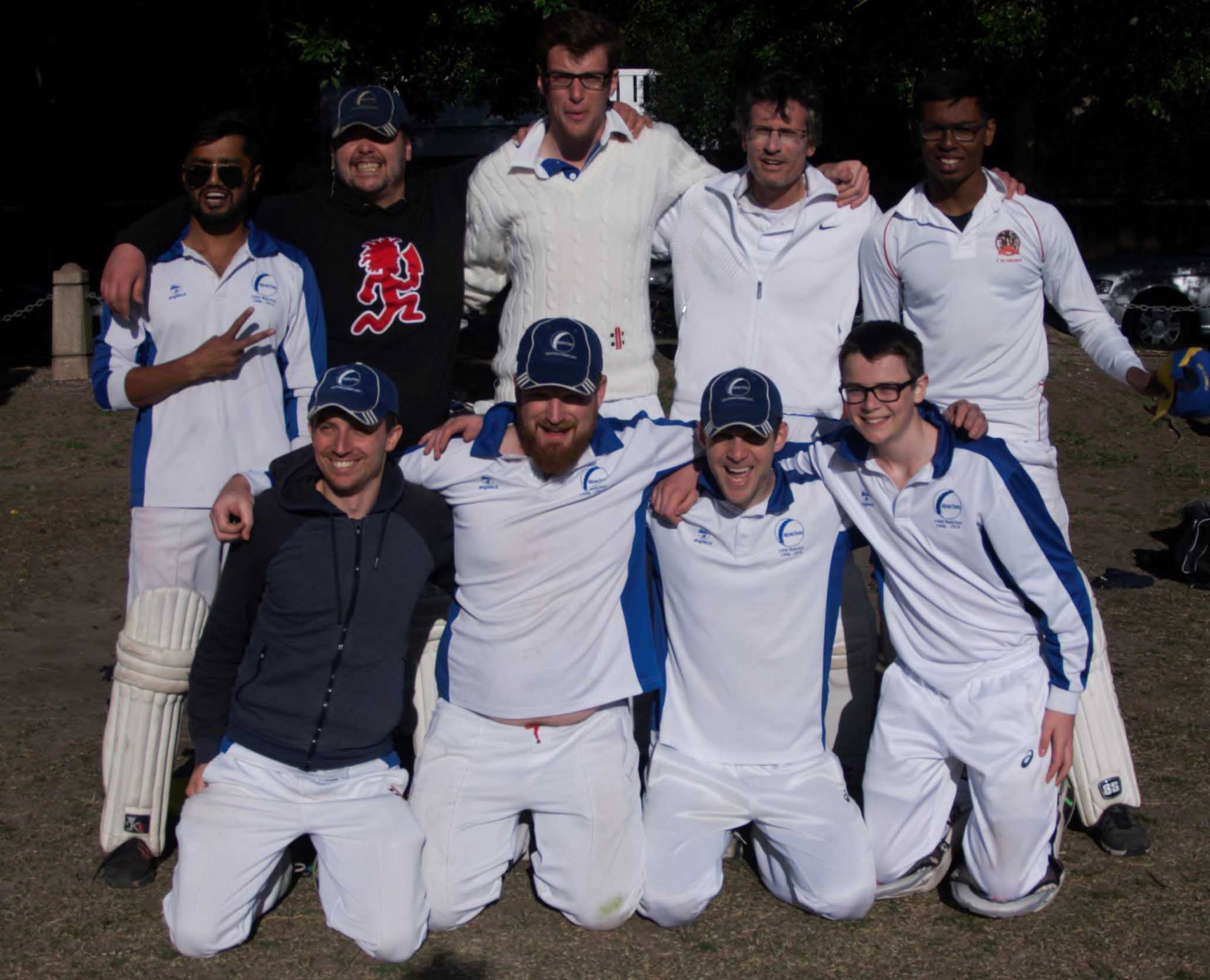 The Apaches have made it SMCA Grand Final wins three years running with a 12th Grade Grand Final Victory on 19 August 2017.

Will and Tim Bykov opened, both making it difficult for the batsman.

We toiled for 35 minutes, accumulating many dots.

Will got us off and rolling, a beautiful outswinger unbalancing the batsman for a plumb LBW.  Will then procured a miscue which went directly to Isaac at deep square leg. Important breakthrough! Smokey Hawkins bowled nice areas and variations, his patience rewarded with a pleasing LBW.

Ajeet Kumar pitched the ball up, fierce inswing proving too much for their best batter, who top edged it to Isaac. Smokey keeps on getting important wickets, this time taking a caught and bowled.

Morley Goodchild bowled tight lines, forcing the miscued drive, Timmy taking the catch. Paul kept an audience waiting to see this happen. John forced their captain to miscue, Will taking it cleanly at long on. Ashwin forced another miscue and John took the catch.

Ashwin’s pace proved too much for the pinch hitters. He took an edge, dutifully caught by Regan.

Isaac and Regan opened the batting.

Regan picked a good day to hit form, patiently nudging around until after drinks, retiring not out for the first time this season. Encouragement from the sidelines helped him get there, as he was getting pretty tired!

Isaac once again proved his performance and reliability, with yet another fluent red ink innings. He had a small bit of fortune, top edging on 39, but was dropped and then retired not out, having hit 7 boundaries. Isaac finishes the winter season with a batting average of 82 – #1 for the Apaches. Well done, sir!

Will came to the crease and started hitting boundaries almost immediately, the Cheetahs looked downtrodden at this point. Will retires a few balls after Regan, after hitting 8 boundaries, including a six into a car. No smashed windscreen this time though. He closes out the season with 690 runs and 20 wickets. Amazing job, Will! The next Matt Wright?

It has been a marvellous season, I have had an awesome time playing alongside everyone.

Special thanks to Michael Turek, Paul McLean, Duncan PJ, Grant Wheeler, Bibin Antony, Gordon George Gomez – you made this possible!
In fact, thank you to everyone that played, it was a true club effort. Bring on summer!