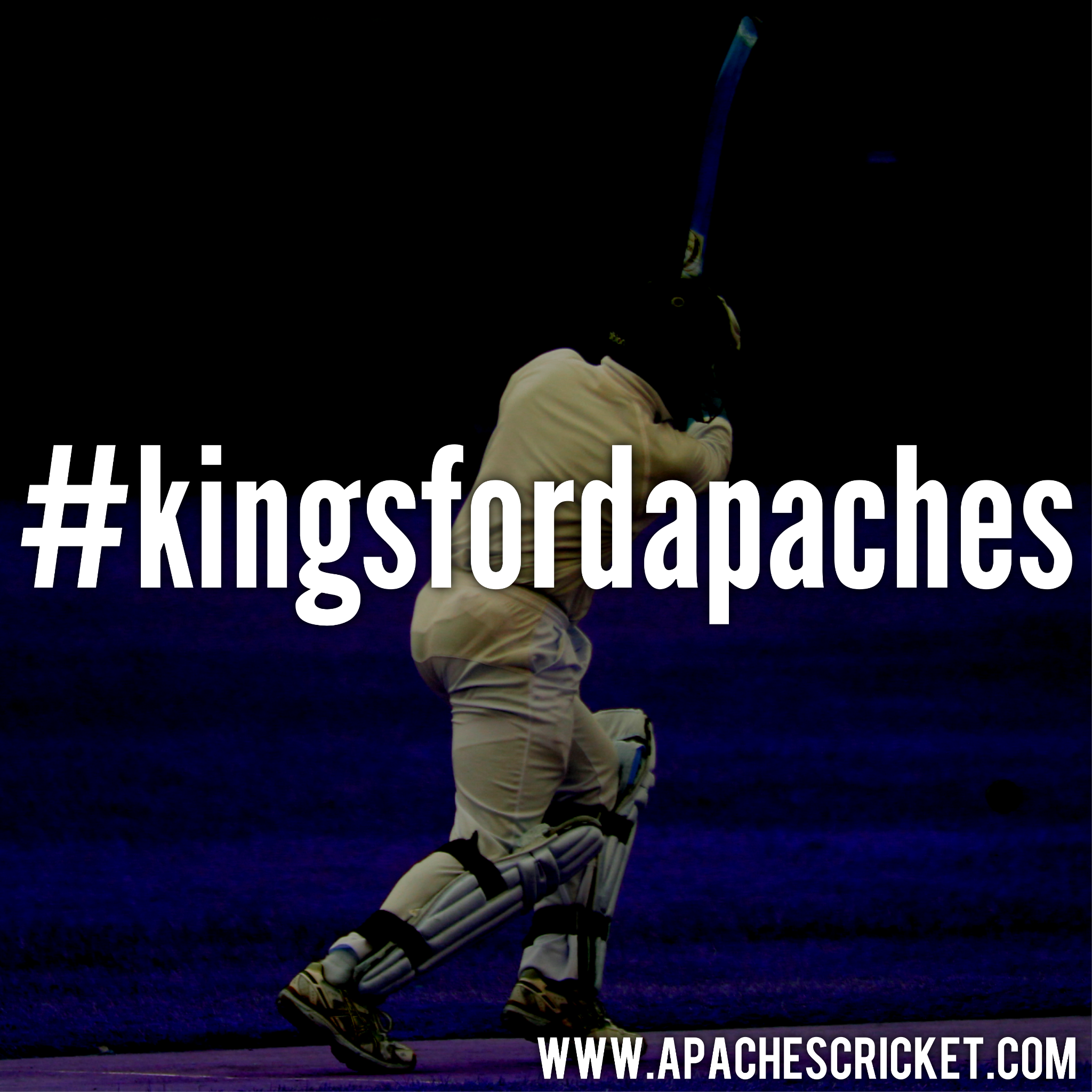 The Apaches First XI went down narrowly to Botany United in Saturday’s one day match.

Stand-in skipper Sujee Mampitiyarachchi won the toss and batted first in hot conditions. Watto and Bryan opened the Apaches batting and got the innings off to a steady start. With their eye in, the scoring rate accelerated after the first 5 overs, taking the score past 50.

Bryan was bowled for 17, ending a 75 run opening partnership. Watto went past 50 shortly after, and then set about building a partnership with Ben Harrison. Botany had quickly resorted to setting very defensive, straight fields. As a result, many fours were cut down to singles.

Watto and Ben continued to look strong after the drinks break, until Botany’s spinner held on to a well-hit return chance from Watto. VB got off the mark with a boundary from his first delivery, and helped keep the score moving along.

Ben hit some fine shots, however he was caught in the deep for 25. Joe Cleaves was unfortunate to be dismissed shortly after, having skied a leading edge. VB then completed a trio of quick dismissals, with a soft catch to mid-wicket for 27.

Mark Horvath and Brad Koch then came together to put on a 41 run partnership to close out the innings, combining some big hitting with aggressive running. Mark finished on 32* and Brad 18*.

Bryan Seymour and Brad Koch kept Botany to a subdued start, with the Apaches conceding at just 2 an over from the opening spell and Seymour claiming the first wicket.

VB then came on as first change and snagged the second wicket in his first over. He was joined by Al from the other end, who claimed the first of his two wickets shortly after.

The Botany captain then began to compile a half century, before being dismissed by Adrian Fromm.

After 30 overs, Botany were still struggling on 139, needing 7.7 runs per over. However, the Apaches struggled to contain some strong hitting from Botany which kept them in the game, and the crucial wicket proved elusive.

Bryan returned for his second spell of 4 overs and yielded just 7 runs for Botany. Requiring 45 runs from the last 4 overs, for a moment it appeared Botany’s challenge was fading.

However, a barrage of sixes closed the gap again. Despite some late bowling changes – including long-awaited left-arm pacers from Sujee – the Apaches were unable to shut the game down.

Requiring 6 runs from the last over, Botany took the victory with 4 balls to spare.

Nevertheless, the Apaches controlled much of the match even with a depleted bowling attack missing the likes of Pat Foley, Will Sammuri and Isaac Williams. This was a tight defeat, but there are strong signs for the season.