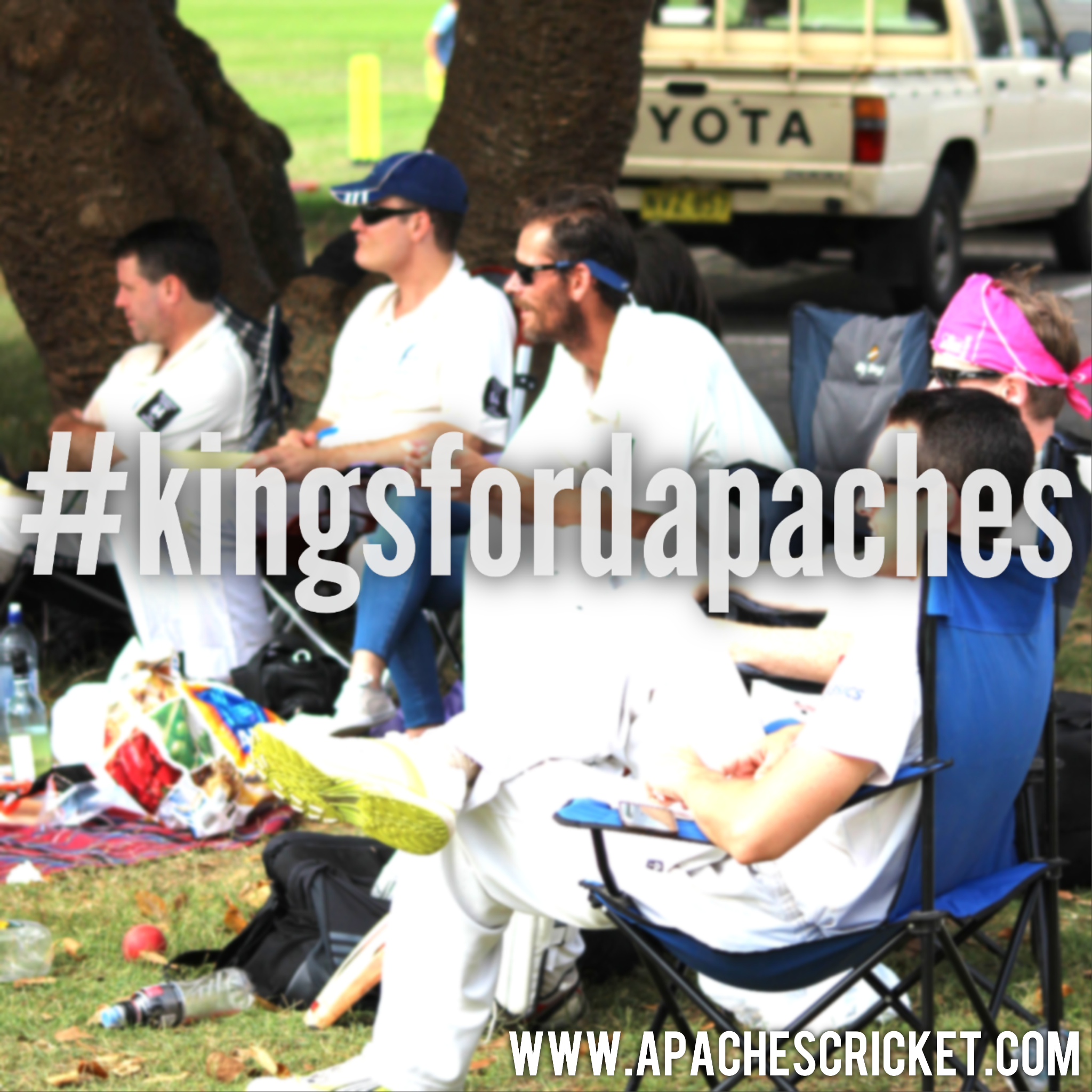 The Apaches First XI posted a comfortable victory in the one-day clash against Souths Juniors.

Souths were sent in to bat and Foley struck in his third over, bowling the charging opener. Sammuri got his break through shortly after, sending a caught behind to Watto.

The next batting partnership was able to build, and some big shots took the score past 50. However, Stu Branch took a brilliant catch diving forward to give debutant Blake Milligan his first Apaches wicket.

The scoring then dried up, with the next wicket falling to Brad Koch in the following over, and Souths went to the drinks break at 4/77 .

The break didn’t help Souths, with Isaac taking a wicket caught behind from the first ball after drinks. Yap chimed in with 2 wickets as the score moved along sluggishly.

Souths were able to muster some more heavy hitting gave the score some respectability. But it was never up to par, with Foley returning to take 2 wickets. Sammuri dismissed the Souths opener to end the innings on 152 in the 38th over.

Stu and Ben Harrison made an all-Kiwi opening combination, and despite a slow start managed a 48 run opening stand before Ben was dismissed for 23. VB was next in and the pair kept the score moving along to 1/86 at drinks.

Some extremely slow bowling from the Souths spinner claimed Stu stumped on 42, commencing something of an Apaches tradition. Watto then posted a rare failure, skying a leading edge from the same bowler without troubling the scorers. The spinner also had Joe Cleaves stumped early, and should have had VB stumped, but for the keeper appealing an unlikely caught behind instead.

VB brought up his half century from the next delivery, and joined by Isaac, they comfortably overhauled the Souths total in the 36th over.

The 6 wicket victory was never seriously in doubt. A strong bowling and fielding performance restricted Souths to a below-par score, which was chased down with plenty of batting in reserve.